A new leak comes from the twitter handle of Peng Store. The leak suggest that the new Apple iPhone 13 could include the new Rose Pink color as one of the color options. Looking at the device with new color option, appears quite refreshing and also might attract polarizing opinions. The tweet suggest that the company could launch the new iPhone 13 color option in December this year. However, this will be surprising, as the launch of Apple iPhone 13 lineup is most likely to be scheduled on time. To recall, the iPhone 13 series will launch in September on its regular timeline.

In the last event, Apple has released a new purple color option for its iPhone 12 series post the launch. Therefore, there are chances that this leak might turns out to be true. The new Rose Pink color option could become official part of Apple color palette. Additionally, this pink color option is mentioned for the iPhone 13 Pro Max model. But it still remains unknown if the new color will launch for all the expected Apple iPhone 13 models or just the Pro models.

While, the Pro models will support a 120Hz LTPO display. The other two standard models are likely to stick with 60Hz OLED display. The device could launch with the Always-On-Display (AOD) feature. Additionally, the Apple iPhone 13 series are likely to launch with 5G connectivity. It may also support improved cameras both at rear and front. It may come with bigger batteries, iOS 15 and A15 Bionic chip and much more. Also Read: Microsoft Surface Duo 2 could launch this fall, to bring improved software, better cameras 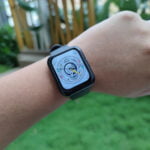 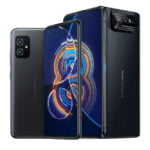