The highest number of downloads comes from India with a download percent of 24% in the month of January. The report also suggests that Telegram has left WhatsApp behind, which is now at fifth position. Last month, Telegram has been at the top of the Google Play Store downloads (non-game). The Telegram gain its top spot bouncing from ninth spot in December 2020. In addition, the app has reach the top 10 (non-game) most downloaded apps list. Overall, this app has been ranked fourth.

Telegram: Most Downloads from India

Telegram has reached a record breaking 63 million downloads and India accounts for 24% of installs. This shows the popularity of the app and how people have started loving the app in the country. In case of total downloads, India is followed by Indonesia with 10% of the total downloads.

The second position is achieve by TikTok, which by the way is still ban in India. The third position indicates the success of the chat service Signal. Fourth place is taken by Facebook and WhatsApp stands at fifth spot. WhatsApp has slipped from third place, where it held in December 2020. This can be a little worrisome for the company.

The decline in the position of WhatsApp is due to new privacy policy, which indicates infringement of privacy. The app was under the negative light for the Indian peoples in particular. The Indians are looking at the alternatives, which they have found in form of Telegram and Signal app. Also Read: Xbox Series X/S Seagate Storage Expansion Card comes to India

However, with the time, WhatsApp has ensured that it won’t hinder users’ privacy. The company does make clarification in regards as its userbase could be severely affected by the massive uproar in the country. WhatsApp has to delay its latest privacy policies for three months cause of this massive uproar in the country. WhatsApp clears that no one will lose his/her account from February 8 for not accepting the updated terms.

Other apps in the list include Instagram in the sixth place, Zoom in the seventh place. The  MX TakaTak comes at eighth place, Snapchat in the ninth place, and Facebook Messenger in the tenth place. Also Read: Instagram introduces “Recently Deleted” feature 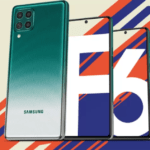 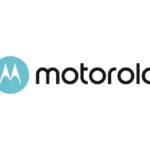