The Government of India is likely to impose a permanent ban on 59 Chinese apps, including TikTok, which were banned in India in June 2020 under section 69A of the IT Act. According to reports, the Ministry of Electronics and Information Technology (MeitY) inform these apps, including TikTok and 58 other Chinese apps, as they have to face a permanent ban on these apps in India.

When first ban was imposed by the Indian Government, a chance was given to these 59 apps by Indian government to explain their position on compliance with privacy and security requirements. Chinese companies like ByteDance’s popular video-sharing app TikTok, Tencent Holdings’ PubG, WeChat and Alibaba’s UC Browser, were also asked to respond to a list of questions.

As per sources, “ These 59 app companies cannot satisfy the Indian government with there response/explanation”. Hence, these 59 apps are permanently banned in India”.

The 59 Chinese apps were banned in the midst of tensions between India and China following a clash in Ladakh on 15 June 2020, Due to this clash 20 Indian soldiers died, while more than 70 were injured. Also, Back in June 2020, MeitY banned 59 apps, including Alibaba’s UC Browser, Bytedance’s TikTok, and Tencent’s WeChat.

Thus, This all happened for the reason of their participation in activities that threaten the sovereignty and integrity of Indian Democracy, the safety of India, state security and public order.

However, Here’s a list of the 59 apps that the Indian government has banned:

Additionally, Indian Government has placed a ban on a total of 208 China based apps in last 6 months. Thus, This ban results in increasing border tensions between India and China. However, still all these apps have been prohibited by Indian Government under Section 69A of Information Technology Act.

As per sources, A TikTok spokesperson shares “We are evaluating the notice given to us by Government of India and thus,  we will respond to this notice with an appropriate answer. However, TikTok was one of the first companies to follow the directives issued by the government of India on June 29, 2020″.

He added, “We continually strive to follow with all possible local laws and regulations and do our best to address any concerns raised by the government may have. Thus, To Ensure the privacy and security of all our users will remains to be our topmost priority”

Finally, It is likely that PUBG will not make a comeback any time soon to India. As per sources, there were news floating around the internet, teasing about the Indian version of the game to be back in November. However, According to some recent reports, the Ministry had not given any ‘go-ahead’ instructions to the Gaming app for the launch of its Indian variants. 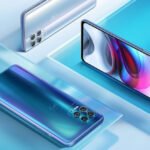