OnePlus is all set for the launch of another smart TV along with highly-anticipated OnePlus Nord CE 5G phone in India. Ahead of launch, the company has officially revealed some of the key details of both devices. The Chinese brand has also reveals some of the features and specs of the OnePlus TV U1S to further keep the excitement alive.

The company has officially revealed that the OnePlus TV U1S India will launch with highly accurate hands-free voice control. Additionally, the teaser image also showcase a microphone along with four LED lights. These LED lights will light up whenever user gives a command. This highly precise voice command feature will ensure high accuracy. The OnePlus Smart TV India will also ensure support for seamless connectivity. This will also allow users to connect the smart TV with their OnePlus phones using the Connect App. Additionally, users can also switch between two smartphones with much ease. The company will reveal other details at the time of launch. Meanwhile, The Chinese brand ask its users to wait for more official teasers to pop up.

Convenience is key, and the OnePlus TV U1S gets that😎

Get notified and stand a chance to win some cool prizes: https://t.co/xTJ3FPcNLN pic.twitter.com/FGYbBikckC

However some previous leaks suggest that the OnePlus TV U1S India is likely to launch in three screen sizes. This may include a 50-inch model, a 55-inch model and a 65-inch model. All the models are likely to launch with 4K support. The smart TVs display is expected to reach a peak brightness of 300 nits. The display will also get 93 per cent DCI-P3 color gamut and other features. The OnePlus smart TV is likely to be powered by MediaTek Chipset in India. This chip comes in pair with 2GB RAM and 16GB of internal storage.

In India, The OnePlus Smart TV is likely to run on Android 10 OS. For audio, the OnePlus TV will support 30W speakers along with Dolby Audio support. Additionally, for connectivity, the smart TV will get all necessary connectivity options including USB Type C port, HDMI port, Bluetooth, Wi-Fi and others. The OnePlus TV will also get a new Live TV section in Oxygen TV.

As for the pricing, the OnePlus TV U1S price could start at Rs 38000 for the 50-inch model. The 55-inch model could be price at Rs 46000. The top model of 65-inch could launch with a price tag of Rs 61000. The smart TV will be sold exclusively via Amazon India and OnePlus Online Store. Also Read: OnePlus Smart TV U1S specs details leaked ahead of official June 10 launch 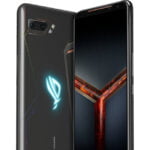 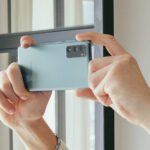