This year Realme is launching smartphone with the speed of light. Recently, the Chinese smartphone brand launched its Realme X7 Max in India. As the customers are getting comfortable with the Realme X7 Max, the smart phone makers are about to announce for the upcoming Realme X9 Series for various global markets including India. According to a recent tweet from Francis Wong, CMO Realme and Realme India, an upcoming Realme smartphone is likely to soon land on the Indian shores.

The upcoming Realme phone comes with a model number of RMX3366. This model number is likely to be associated with the Realme X9 Pro. This Pro model is expected to succeed the Realme X7 Pro which was launched earlier this year. According to reports, the regular Realme X9 is also likely to launch alongside the Pro variant. The report suggest that these models could launch in Chinese market by the end of July and later will be coming to India.

Based on previous leaks, the Qualcomm Snapdragon 870 chipset will be powering the upcoming Realme X9 Pro phone. The Pro variant is likely to come with a 6.5-inch Samsung E3 AMOLED display. Additionally, this display comes with a 90Hz refresh rate. The device will feature a LPDDR4X RAM along with UFS 3.1 type internal storage. Also Read: Realme X9 Pro specifications and price details leaked online, could stands against Mi 11X

For cameras, the main camera could feature a 50-MP Sony IMX766 sensor. Whereas, the secondary camera is likely to make use of a 16-MP Sony IMX481 sensor. Additionally, the third camera will be a 2-MP monochrome sensor. For selfies, the front camera will feature a 32-MP Sony IMX616 sensor. Regarding battery capacity, the upcoming Realme phone will pack in a 4500mAh battery along with a Super VOOC 2.0 charging system. This is Realme’s own proprietary fast charging system.

On the other hand, the upcoming vanilla variant, Realme X9 phone is likely to feature a Snapdragon 778 chipset. The pricing for the vanilla variant is likely to start at around Rs 22000. Additionally, this price will be almost similar to the introductory price of the Realme X7 5G. The Pro variant is likely to price at CNY 2699 which is approximately Rs 30900 for the base variant. To recall, the Realme X9 Pro will launch with a base variant of 8GB RAM and 128GB of internal storage. The top-end variant of Realme X9 Pro could launch with a price tag of CNY 2999 which is approximately Rs 34400. 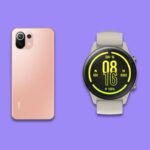 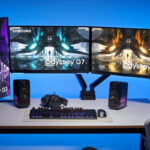