These days camera centric mobile phones are ;launching with bigger numbers in sensor size. Since early 2020, most of the smartphone brands have tried to fit in camera sensors with higher megapixel counts. Till date the highest to reach is 108-MP camera sensor. Most of the brands are focusing on pixels rather than improving the image quality. According to recent leaks, Redmi is the latest brand to join the camera race in smartphone series. The leaks suggest that Redmi is reportedly working on a 50-MP camera phone.

This information is not official yet. But it comes from a reliable source. The report is leaked by a popular tipster with solid track record when comes to Redmi-based leaks. This tipster suggests that Redmi is likely to use a 50-MP camera sensor with 1/1.5-inch sensor size on its upcoming smartphone series. However, the complete detail about the sensor is yet to know. On the other hand, According to Digital Chat Station, the sensor does not appears to be the Samsung sensor. To recall, the Samsung sensors has been recently use on the Mi 11 Ultra smartphone.

The report suggest that the addition of 50-MP camera sensor will be reserved for the high-end Redmi smartphone. Earlier in China, The Redmi K40 and Redmi K40 Pro+ comes with advanced camera sensors. These camera sensor provides highly impressing images. Therefore, there are chances that Redmi could reserve the new sensor for the successor of Redmi K40 Series, which could launch later this year.

Another report from Android Authority suggest that this 50-MP camera sensor could resemble with the OmniVision 50-MP OV50A sensor. To recall, the OmniVision 50-MP sensor comes with a one-micron pixel size which is much smaller than the Samsung GN2 sensor. However, this sensor is larger than the 108-MP HM2 sensor, which is present on Xiaomi Mi 11. Therefore, according to this report, we can expect to see improved image quality with this new sensor on upcoming Redmi smartphone.

Other Brands with 108-MP camera phones:

The likes of Realme and Motorola also comes with affordable options using Samsung 108-MP camera sensors. Motorola’s latest option Moto G60 comes at a price of Rs 17999. Whereas, the Realme offers Realme 8 Pro at the same price tag. Both of these smartphones comes with 108-MP camera sensor, that allows users to take photos with full resolution. Also Read: Motorola Moto G60 in India: Specs and other details 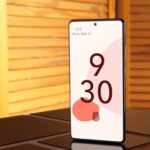 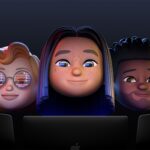