On the other hand, all the other retailers including Amazon India, Flipkart, Reliance Digital and others are still showing “Out of Stock” banner for the new Xbox console. Keep in mind, that the Games The Shop is not taking any kind of pre-orders for the more affordable Xbox gaming console. According to official reports, the all new Xbox Series X price starts for around Rs 49990 in India. The Sony PS5 fans will have to wait until May 17 to pre-order their console.

Both markets player, Xbox new console and Sony PS5 sales are affected due to global chip shortage at the moment. According to previous post, Sony has already hinted at the continuation of this situation until 2022. Whereas, Microsoft did not said any word yet about this global chip shortage. Both the gaming consoles rely on AMD hardware and custom GPUs. Both console promise to offer next-gen performance in their device. According to recent reviews, Both the Xbox Series X and Sony PlayStation 5 are equally capable of easily handling all the modern day games. However, the all new X Series console comes with certain additional features over the latest PS5. These new features can easily affect the overall gaming experience.

Considering the specs, The latest Xbox X Series console comes with 1TB of onboard SSD. This makes it more suitable, as it offers more space for storage than that of PS5. Additionally, Xbox console comes with Storage Expansion Card feature of upto 1TB. This Storage Expansion Card will allow both storage and playing games features. The X Series console supports 4K at 60fps gaming. It even supports output of 8K on supported 8K TVs.

Additionally, Microsoft has added a Quick Resume feature on this latest console. This feature will help user to resume the game from where it was left at last moment. This means that there is no need to save the game progress everytime. The Microsoft gaming console also feature Smart Delivery. This feature allows to download the best possible version of the game that is best support by your device. Also, it comes with support for ray tracing. 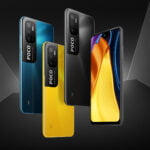 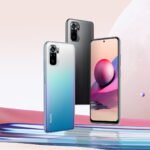