The latest teaser has been posted on the Battlegrounds Mobile’s YouTube channel and other social media handles. This recent teaser is another way to remind people about the battle royale, which is coming soon. With this latest teaser, the company tries to make mobile gamers more excited. The company also asked the gaming community to guess the launch date looking at the recent teaser. The latest teaser itself has the hints about the Battlegrounds Mobile India’s launch date.

We know you've been waiting for us since a long time. 🪂
We're super excited for the biggest drop of the year! 🤩
Guess the date and let us know in the comments below. 💬#battlegroundsmobileindia #INDIAKABATTLEGROUNDS #BATTLEGROUNDSMOBILEINDIA #GUESSTHEDATE pic.twitter.com/4iVThWkvpB

As per shared image in the Tweet, a measurement tool with graph and numbers is shown. The image might lead you to Skratch your head and figure out the whole number game. Let us help you out in solving the mystery behind this image. In this image, if you try to add the numbers of the X-axis and the Y-axis. It will give you the total of 18. Therefore, this gives us an indication that the game could launch on the June 18. Replying to this tweet, many gamers and other twitter users have come up with the right answer that the game might launch on the June 18. Also Read: Fortnite Chapter 3 Release date

The teaser image coincides with the previous leaks also. As the previous rumors have hinted at a launch date of June 18. To recall, Krafton has been teasing about the Battlegrounds Mobile India from a very long time. There is a high chance that this hint about the launch date may come out to be true. This image is a cryptic tweet. As for now, we don’t have any official launch date as of yet. Also Read: Redmi K40 Gaming Lite in works, specs and other details leaked

Additionally, Krafton Inc also has not fully revealed about the Battlegrounds Mobile India game. Based on the few teasers, it is likely that the game might also resemble to the now-banned PUBG Mobile game. According to reports, it is confirmed that the upcoming game will feature the UAZ vehicle and PUBG’s Erangel map. However, in Battlegrounds Mobile India game, this map will be name as Erangle, this will differentiate it from the PUBG Mobile game.

Additionally, the game is likely to launch with an Inventory and outfits. These are most likely to be similar to one we have already seen on PUBG Mobile game. The other details about the game may include a stronger focus on user security and privacy. There will also be a limit on the gameplay. Additionally, there will be in-app purchases and much more. Battlegrounds Mobile India is currently up for pre-registration via the Google Play Store. Also Read: Battlegrounds Mobile India game officially announced by Krafton 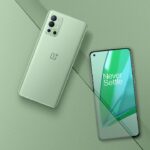 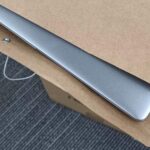