A new smart cooling system is the main reason behind the slimmest Alienware X Series laptops. According to company’s official blogpost, With this Dell Alienware laptop series the company engineered the next evolution of Alienware Cryo-TechTM cooling technology which brings Element 31. This Element 31 is an exclusive thermal interface Material (TIM) which is concocted from Encapsulated Gallium-Silicone liquid metal compound. This material is present in between the CPU and their thermal elements to disperse heat. It avoids spike in core temperature. Thus, protecting from affecting the system’s performance.

Regarding regular specifications, The Dell Alienware laptop series comes with multiple variant out of which users can choose on the basis of different 11th Gen Intel processor. Along with Intel 11th Gen CPUs, the laptop series features Nvidia RTX 30 Series GPUs. For visual department, it includes DirectX ray tracing, low blue light technology and much more. The laptop comes with 4K UHD resolution along with HDR 400. It supports Full HD 360Hz display.

Additionally, there is also a Windows Hello IR camera sensor which is used for security verification processes. On the other hand, Alienware X17 comes with a mechanical keyboard along with Cherry MX switches which is having a low profiles of 3.5mm. Additionally, there are lots of stunning RCB lightings to amplify up the mood. Also Read: Dell Precision series, Alienware m15 Gaming model launched 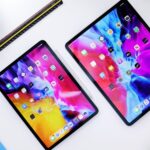 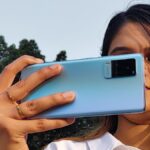