Vivo has raised its level in the premium smartphone segment with the launch of Vivo X60 Series device. Now, the company wants to keep the momentum going. According to new leaks, The Chinese smartphone makers are planning to launch the all new Vivo X70 Series later this year. A new report suggest that the new phone series will be launching in the month of September in partnership with IPL 2021 Phase 2 tournament. However, the company did not reveal any new details of this upcoming X70 smartphone Series.

To recall, the Vivo X60 Series was launched in the month of March this year in India. While, the global launch happened way before the Indian launch. At first, Vivo launched its X60 series in its home land of China last year. The Chinese variants in this X60 Series comes with different Exynos processor under the hood. The Indian variant launched with Qualcomm processor in place of Exynos ones. The Vivo X60 and X60 Pro launched with the Snapdragon 870 SoC. While, the top-end Vivo X60 Pro+ launched with the Snapdragon 888 chipset. Currently, Vivo is yet to reveal the chipset details for this upcoming X70 Series.

Vivo X70 to launch in September:

According to recent report from GizmoChina, an information has leaked online suggesting that the launch will be take place in partnership with the IPL 2021 tournament. To recall, the Phase 2 of IPL 2021 has been rescheduled to take place in the month of September later this year. Vivo is the Title Sponsor of the IPL 2021. Therefore, it makes sense that the company is likely to launch the Vivo X70 Series during the same timeline. Also Read: Chinese smartphone brand Vivo returns as title sponsor for IPL 2021

The leaks also suggests that the Vivo X70 will not be much different from the X60 Series in terms of features and Specifications. There are some reports that suggest that it is likely that Vivo could simply relaunch the Vivo X60t series as the X70 Series in India. To recall, the Vivo X60t series was launch exclusively for China. The series includes two smartphone with Dimensity 1100 and Dimensity 1200 SoC. Therefore, it is likely that Vivo could end up launching only two smartphones under Vivo X70 Series, Vivo X70 and the X70 Pro.

The major factor will be the pricing for the upcoming Vivo X70 Series. The report suggests that the price may vary in accordance to the competition. Currently, the Vivo X60 Series is one of the most expensive smartphone series. In this X60 Series, the Vivo X60 Pro which comes with Snapdragon 870 SoC is selling at a starting price of Rs 49990. This price is much higher if compare to other brands which are providing device with Snapdragon 888. For instance, the iQOO Legend 7 and Xiaomi Mi 11X Pro are Rs 10000 cheaper than the Vivo X60 Pro. Both of these handsets comes with Qualcomm Snapdragon 888 SoC. The only advantage of Vivo X60 Pro is that it comes with great camera with ZEISS lenses. Also, it gets a curved edge display. Additionally, These features are rarely found on the premium smartphone segment these days. 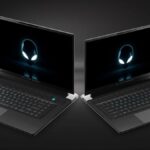 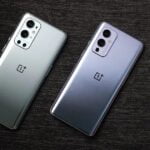