According to reports, instead of bringing the lightweight Windows 10X as alternative to Windows 10 OS. The company is planning to bring some of its key features and improvements to standard Windows 10. Additionally, This could mean that the company is planning to being a lightweight optimized interface for its touch devices and low-end PCs. To recall, Microsoft Windows 10S is currently the lightweight operating system from Microsoft. Also, It comes with prohibiting app installation from third-party source.

According to previous post, the all new Windows 10X was likely to be the lightweight version of vanilla Windows 10 OS. It was likely to take on the Google’s Chrome OS which is currently available Chromebooks. Looking at previous leaks, the Windows 10X included a simplified interface, an new style Start Menu with no Live Tiles, improved multitasking feature, and a special app center for performance and security features. Meanwhile, According to The Verge, Microsoft’s plan was to build a stripped back, streamlined and modern cloud-based version of Windows 10X. But now, company will mainly focus on Windows 10 OS. The company will bring more new features and updates to Windows 10 for the improvements in its performance.

According to reports, the cancellation of Windows 10X could also relates with the ongoing COVID-19 pandemic. This on going deadly pandemic could also be the cause for company to shelve several of its on going ambitious projects. Now, Microsoft is planning to extend its growth with Windows 10 devices across the world. To recall, Chrome OS is improving in the US market. As the Chrome OS is dominating in the education sector with cheap and easy to use laptops. Also Read: New Windows 10 to simplify wireless audio streaming feature with latest update

Keep in mind, Chrome OS is a lightweight Chrome browser based OS that can run web apps only. Additionally, it has lot of limitations and lacks a decent hardware. With the arrival of Windows 10X, it was likely to bring better and more-low-end PCs in the market. As with the rise in component prices, the Windows laptops are getting increasingly expensive day by day. These days, Basic Core i3 laptops in comes at a starting price of Rs 30000. Whereas, the Core i5 Laptops starts a more premium price range. According to reports, the Windows 10 is getting a major “Sun Valley” update later this year. Also, This new update is likely to bring some major changes in the user interface. Beside new icons, Windows 10 is likely to get a MacOS like action center. It may also get several other tweaks in main key areas. 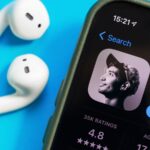 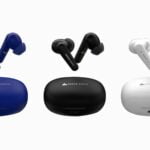