Xiaomi Mi 12 could be the next-gen Flagship smartphone. The upcoming Xiaomi mobile phone is likely to pack in the all-new LPDDR5X memory. Few days back, JEDEC announced the LPDDR5X configuration. According to rumours, the upcoming Xiaomi Mi 12 could be one of the first mobile phones to pack this technology. Rumours suggests that the Mi 12 could launch sometime around the year end. The next-gen smartphone is likely to be powered by the unannounced Qualcomm processor. This processor could the Snapdragon 898 SoC, which could launch later this year. Additionally, Xiaomi Mi 12 is also rumoured to pack in the 200-megapixel camera sensor.

According to popular tipster Ice Universe, The Xiaomi’s Mi 12 could pack in the newly announced LPDDR5X memory. The all-new RAM configuration will offer a maximum data transfer speed of 6400Mbps to 8533Mbps. These speeds are double of what LPDDR4X configuration can manage offer. Additionally, it will also come with TX/RX equalisation. This will allow to improve signal integrity on the Xiaomi phone. It will also offer new adaptive refresh management to improve the reliability. He published this report on Chinese microblogging website, Weibo.

New chipset for the next Xiaomi phone:

With the launch of chipset, we can expect Xiaomi to start teasing about the next-gen Mi 12 mobile phone. However, its launch and availability will depend on the availability of the chipset. To recall, the predecessor Mi 11 was launch in December last year. However, the official launch happened later in the month of February this year. Additionally, the device will be running on the next-gen MIUI skin. This skin could possibly be the MIUI 13 which will be based on Android 13.

Meanwhile, we don’t have much information about the upcoming Xiaomi Mi 12 mobile phone. But based on the previous report, The upcoming Xiaomi phone is likely to feature a 200-megapixel primary camera sensor. The companies like Samsung and Olympus could provide this primary camera sensor. Also Read: iPad Mini 2021 could launch with new Apple Pencil Mini

According to rumours, this 200-megapixel camera sensor could use the 16-in-1 pixel binning technique. This could offer an output 12-megapixel images with larger pixels. The smartphone could also carry the logo of the camera sensor maker. To recall, recently launched OnePlus 9 series also carry the Hasselblad branding. Additionally, Xiaomi Mi 12 is likely to feature a curved display along with a single-hole punch cutout. This cutout will accommodate the front selfie camera. 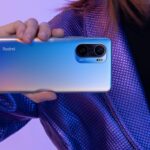 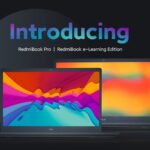