The laptop makers further confirms that the Chromebook will also be made available in European, the Middel Eastern and African region in the month of April. For European countries, the Acer laptop will launch at a starting price of EUR 649 which is roughly Rs 54600. As for the India price and availability, the new Acer Chromebook is yet to be announced.

As for the specs, the all-new Acer Chromebook Spin 513 comes with a 13.5-inch display. Acer calls this display as the VertiView display. This display comes with a screen resolution of 2256×1504 pixels along with 3:2 aspect ratio. The latest Chromebook features narrow side bezels that measures 0.3 inches.

Under the hood, the latest Acer Chromebook Spin 513 get its power from an octa-core MediaTek Kompanio 1380 processor. This processor comes in pair with up to 8GB of RAM and 128GB of eMMC Storage. Moreover, the latest Chromebook also gets an integrated ARM Mali-G57 MC5 GPU. Also Read – Acer Swift X Laptops with AMD Ryzen 5000 series processors launched in India

The tech giant claims that the latest Chromebook Spin 513 can convert into four different shapes depending on usage. In one of the modes, the Acer Chromebook screen can be bent back such that the laptop device can be used as a tablet while travelling. The all-new Chromebook Spin 513 is a premium laptop with aluminium body. Moreover, this Acer laptop support a military durability standard.

As for the other features, the Acer Chromebook comes with backlit keyboard, a USB Type-C port and Wi-Fi 6 connectivity. The tech giant is offering a pair of upward-facing speakers on this laptop along with a pair of microphones. The latest notebook also comes with DTS audio support. Similarly for the battery backup, the Chromebook Spin 513 can last for up to 10 hours.

According to reports, the Acer Chromebook laptop comes with a fast charger. However, the company official did not mention about fast charging support at the launch event. The Chromebook measures 300x235x16.3mm and weighs 1.2kg. 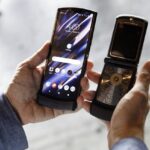 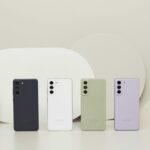