In terms of design, the GoPro Hero 10 does not bring any major design change. The Hero 10 Black is similar to the Hero 9 Black in terms of dimensions and design. Although, the Hero 10 Black weighs lower than the successor. Additionally, the GoPro Logo and the series name appears in blue colour. Whereas, the branding on Hero 9 Black appears in grey colour. The plastic panel appears in black colour instead of grey colour.

Moreover, the layout for buttons and ports also appears same. The buttons are positioned on the top and right side as the shutter and power/mode selection respectively. The GoPro Hero 10 Black features same GoPro battery as the one used on the Hero 9 Black. Moreover, the battery is interchangeable. Apart from battery compartment, the USB Type-C port and microSD card slot appears under the water-sealed flap.

The GoPro Hero 10 Black features a 2.27-inch touch display at the back. Additionally, it also gets the same 1.4-inch display on the front as the predecessor. The resolution of both the action camera is same. However, the touch response for the rear panel on the latest action camera is improved. The latest model also gets improvement in frame rate on the front panel. GoPro is offering reusable waterproof case along with some basic accessories like charging cable and adhesive mounts.

The all-new GoPro Hero 10 Black comes with latest GP2 chipset. The action camera comes with same sensor as the previous model. However, with more powerful chip, the latest action camera can now record video at up to 5.3K resolution at 60fps. In previous model, it can record a video at 5K 30fps. Additionally, the frame rate has been doubled for other resolutions also. GoPro Hero 10 Black can shoot a video at 4K 120fps and 2.7K at 240fps. Moreover, this GoPro camera can shoot 23-megapixel still shots. Users can lower it to 19.6-megapixel frame to get a 5K video.

Other highlighting feature includes a hydrophobic coating over the lens cover. This provides better scratch resistance. Additionally, it supports wired connection for smartphones to offer faster content offloading. The new image signal processing with new chipset will offer noise reduction and local tone mapping in videos also. This means that images and videos will offer better details and less noise in low-lit environments.

The interface of GoPro Hero 10 Black is pretty similar to its predecessor. Here, the interface is much responsive. It supports all the features that debut with the Hero 9 Black. These features include Hindsight, Scheduled Capture, Duration Capture and LiveBurst. Additionally, users can also extend the camera functionality with the Quick app. This will allow to edit videos and livestream on YouTube, Facebook and Twitch etc. The lens cover on Hero 10 Black is removable. The Hero 10 Black is compatible with all mods that were introduced last year.

The latest GoPro Action Camera comes with UI speed improvements. The interface of the Hero 10 Black is much smoother the predecessor. GoPro Hero 10 Black offers quick switching between shooting modes. According to user’s experience, the camera gets quite warm while shooting continuously. However, this will not impact on the video output. The GP2 chipset on GoPro Hero 10 Black will offer speed boost. The photo capturing and saving will be much quicker than the predecessor. Additionally, there will be slight difference on the colour tone. The latest Action camera will offer bit cooler colour on the new model. GoPro is offering high frame rate at 4K and 5.3K. It will give more flexibility for slow-motion footage. There is improvement in stabilization also.

Beside these improvements, the GoPro action camera comes with noticeable improvements in low-light stills and videos. The Photos taken with GoPro Hero 10 Black in Night mode will provide more details than the predecessor. The Hero 10 Black can auto-upload all content on the cloud over the Wi-Fi even when it is charging. Although, there is a catch on this feature. The feature requires GoPro subscription. But this feature is currently unavailable in India.

The GoPro Hero 10 Black comes with unlimited storage with full-resolution backups of user’s photos and videos. Therefore, users don’t need to keep transferring them on their phone or other devices. The GoPro subscription price is USD 49.95 annual which is approximately Rs 3712. It also includes other benefits like discounts on accessories and free replacement policy. Also Read: iPhone 13 series to launch with Sensor-shift stabilization?

Regarding battery backup, the GoPro Hero 10 Black packs in same 1720mAh battery as the predecessor, the Hero 9 Black. User suggests that the battery life is similar to the Hero 9 Black. GoPro claims that on full charge with GPS enabled. The action camera can offer battery life for up to 1.5 hours of 4K video recording. However, the battery life span could be different depending upon various factors. These factors include the resolution, frame rate, shooting mode, etc.

The GoPro Hero 10 Black price in India starts at Rs 54500. Regarding its availability, the Hero 10 Black will be available in early November. To recall, the Hero 9 Black is already available in India with a reduced price of Rs 43000. The Hero 8 Black price in India is Rs 31000. Interested customers can buy this GoPro Hero Black series action camera from GoPro India website. It will be available on other online and offline retailers. Also Read: Samsung The Frame TV 2021 model with QLED display, new bezel styles 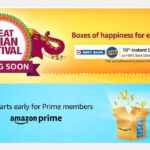 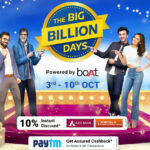