Xiaomi is working hard on another Redmi Note device for this year. The Indian variant of Redmi Note 10 is likely to launch earlier than anticipated. According to reports, The launch date of Redmi Note 10 India is scheduled for the third week of February.

According to rumors, The device is likely to come with a 6.57-inch screen having 1080X2400-pixel resolution. Redmi Note 10 and Redmi Note 10 Pro 5G is likely to run on Snapdragon 750G/ Dimensity 820 chipset coupled with 8GB RAM and MIUI 12.5 powered Android 11 OS. The company is likely to bring these devices with a 120Hz AMOLED display

The Redmi Note 10 Series comes with a quad-camera setup. The camera module includes a 48-MP main sensor which is coupled with a 8-MP ultra-wide angle sensor and a 2-MP depth sensor and another 2-MP sensor. For selfies, the smartphone is likely to come with a 16-MP image sensor. There is a possibility for a slightly tone-down version namely Redmi Note 10 Lite. Also Read: Flagship feature on next generation iPhone

In India, Redmi Note 10 series will be price very aggressively in comparison to their competitor. According to rumors, the Redmi Note 10 will be priced around Rs 10,000 in India. It is likely that Xiaomi will follow previous tradition. The previous generation Redmi Note 9 is currently selling at Rs 11,999 for the base variant of 4GB RAM/64GB internal storage. According to Tipster Aggarwal, Xiaomi is likely to release more RAM and storage models for the Redmi Note 10. These models will launch in India along with the Mi 11 and Mi 11 Lite models. 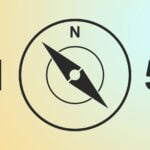 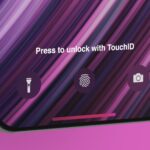