Xiaomi’s is now ready with a bunch of launches for 2021 and this is just beginning. After smartphones, Xiaomi sub-brand Mi is venturing into wireless audio products. According to recent teaser, The new audio products range will be unveil by Xiaomi on 22nd February . Xiaomi will launch their newest products in India through an online event. The product range is likely to focus on portable and affordable audio products.

However, based on teaser, Xiaomi didn’t reveal the name of upcoming audio gears. Also, These devices appears to be complete new for the Mi community. According to rumors, The Bluetooth speaker will come as dual-driver model in a compact form factor. However, The neckband earphone looks similar to the Redmi Sonic Bass neckband earphone. It could have an exceptional audio experience, as Mi audio products gives better audio experience.

Xiaomi looking to update its audio range in India for 2021. According to rumors, it is likely that Xiaomi will launch a 16W Mi Portable Bluetooth Speaker. Previously, This speaker has launch globally. The speaker comes with a Bluetooth 5.0 support. It also offers IPX7 rating for water resistance. The speaker will have a multi-driver setup that gives a sound output of 16W.

The Mi sub brand has been delivering new audio devices for quite a time. Last year, all the Xiaomi’s audio gadgets comes under Redmi branding. Currently, Xiaomi is offering affordable single driver audio speakers on sale. Also, Last year, Mi Smart Speakers were launch, they relied on Google Assistant as well as a dual-driver setup.

Did you hear that?

However, The biggest upcoming launch from Xiaomi is the Redmi Note 10 series. Xiaomi’s most successful smartphone lineup will first be unveil in India. Lots of rumors about this series are floating across internet. Xiaomi did not share any information about the upcoming Note series launching this year.

The standard Redmi Note 10 is expected to come with Snapdragon 732G SoC. The device might also offer a display of 120Hz refresh rate. On the other hand, Redmi Note 10 Pro will feature an AMOLED display. However, there is no details about the chipset use on Pro variant. According to rumors, Xiaomi will borrow some of the features of previously launch Mi 10i for this latest upcoming series.

The Redmi Note 10 series is likely to launch in the month of March. According to leaks, this upcoming series will be sold online via Amazon. Also Read: Is Xiaomi Mi 11 durable phone? Lets find 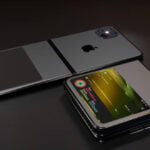 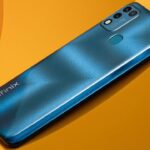