The Pro variant mobile phone in the Realme GT series comes with a 120Hz 2K AMOLED display. The smartphone is powered by an octa-core Snapdragon 8 Gen 1 processor. The new GT 2 Pro variant also packs in up to 512GB of onboard storage, and it features a triple rear camera unit. Regarding the other key highlighting features, the GT 2 Pro gets a Paper Tech Master design and a 65W fast charging solution. The Realme GT2 Pro features a biopolymer-based design. Like the GT Master Edition, the Realme GT2 Pro design comes from the famous Japanese architect Naoto Fukasawa.

The Chinese smartphone makers also confirmed that the launch event would be virtual. The launch event for latest GT 2 Pro India will be live-streamed via Realme’s YouTube channel and Facebook page. Additionally, Realme revealed this information by going public on Twitter. In the tweet, Realme confirms that the Realme GT 2 Pro India launch will take place on April 7 at 12:30 PM.

Get ready to welcome the #realmeGT2Pro!

Launching at 12:30 PM, 7th April on our official channels.

Earlier, the Chinese smartphone makers hints at the launch date of the flagship Realme GT 2 Pro through a teaser poster. However, the poster went down shortly after. But it came to the public notice as soon it was published. Now, the company will be unveiling the two handsets on April 7. Let’s check out the expected price for this Pro variant under Realme GT Series in India.

According to rumours, the Realme GT 2 Pro India price will align with the Chinese pricing of the phone. As mentioned earlier, the GT 2 Pro first debuts in China in January. In China, the Pro variant under the GT 2 series debuts at CNY 3899, roughly Rs 46700 for the base variant with 8GB RAM and 128GB of onboard storage.

In International market, the Pro variant lands in Europe at a starting price of EUR 749, roughly Rs 63100. On the other hand, the Realme GT 2 mobile starts at CNY 2699 in China for the base variant with 8GB RAM and 128GB storage. Meanwhile, we don’t have any official information about the Realme GT 2 series price in India.

Under the hood, the latest Snapdragon 8 Gen 1 processor powers the Realme GT 2 Pro. The chipset will also come along with up to 12GB of RAM and 512GB of onboard storage. In the Chinese variant, Realme offers a 1000Hz touch sampling rate.

The Realme GT 2 Pro comes with a triple rear camera unit for camera details. This camera unit features a 50MP Sony IMX766 primary sensor along with 50MP ultra-wide-angle lens. Additionally, the third lens is a 2MP macro shooter. This Realme GT 2 series smartphone could also get a 32MP selfie shooter. This will be same as the one present on the Chinese variant. 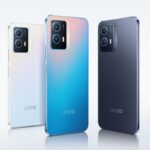 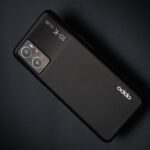