Both TCL 30 E and TCL 30 SE smartphone runs on TCL UI, which comes on top of the Android 12 Operating system out of the box. These TCL 30 Series smartphones sport a 6.52-inch HD+ IPS LCD display for the specs. At the same time, the TCL 30 SE phone gets a 2.5D curved glass. The TCL 30 E device gets a flat display panel. Furthermore, this display gets a screen resolution of 720×1600 pixels. Both display panels get 70 percent NTSC coverage. Additionally, these TCL phones get 269 ppi pixel density. It can offer 450 nits of peak brightness.

Under the hood, both TCL 30 SE and TCL 30 E smartphones pack in MediTek Helio G25 SoC. The TCL 30 SE gets 4GB of RAM and 128GB of onboard storage. At the same time, the TCL 30 E gets only a 3GB RAM option with 64GB of internal storage. Both TCL phones come with an expandable storage option via a microSD card, and the internal memory can expand by up to 512GB.

For optics, TCL 30 SE device gets the same rear camera as its siblings, the TCL 30, TCL 30 5G and the TCL 30+. The 50-megapixel main camera sensor pairs with the two 2-megapixel depth and macro sensors. The TCL 30 SE gets an 8-megapixel shooter with an f/2.0 aperture for selfies and video calls.

On the other hand, the TCL 30 E device gets a dual rear camera setup. Here, the 50-megapixel primary sensor will pair with another unknown sensor. The TCL 30 E smartphone gets a 5-megapixel front shooter for selfies and video calls with an f/2.0 aperture.

At the annual MWC 2022 event, TCL Communication also showcased a concept foldable smartphone. The foldable mobile phone comes with the name TCL Ultra Flex. Furthermore, this smartphone can fold both inwards and outwards, and the Chinese smartphone makers claim this is possible using a 360-degree hinge.

TCL touted an 8-inch PLP AMOLED display on the foldable smartphone during the showcase event. Furthermore, this display gets a screen resolution of 2460×1860 pixels. According to reports, this display is prone to breaking, and it is possible that the Chinese tech brand could not present a working product during the hands-on event.

Furthermore, the Chinese device makers TCL Communication did not share any information about the display or how this hinge will work. Although, TCL does mention that having a dual foldable display has its benefits. After entering the international market, the TCL Ultra Flex phone will compete against the Samsung Galaxy Z Fold series, Huawei Mate X Series. During the hands-on event, the device’s place shows an empty slot. Furthermore, this foldable TCL smartphone will likely include a Stylus within the box. 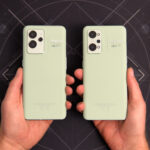 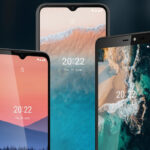