For the camera, The Mi 11X series smartphone comes with 48-MP camera setup. This includes a 48-MP main camera sensor, an 8-MP ultra-wide lens and a 5-MP macro lens. For selfies, the smartphone comes with same sensor as available in Pro variant. The Mi 11X gets it’s fuel from same 4520mAh battery along with 33W fast charging. The device runs on Xiaomi’s custom MIUI 12 UI which is based on Android 11.

The latest Mi 11X price starts at Rs 29999 which is for the base variant of 6GB RAM/ 128GB of internal storage. The 8GB RAM/ 128GB of internal storage variant comes with a price tag of Rs 31999. This all new Mi 11X Series smartphone will be up for grab starting April 27. Mi Community and Fans can buy this smartphone with a cashback of upto Rs 5500 by using HDFC Bank Cards. The users can also get a chance to get the Mi Band 5 for just Rs 500. 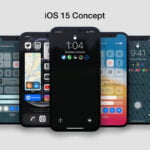 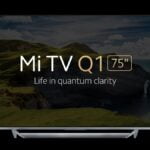