Smartphone Chipset manufacturers, Qualcomm announced another new 5G chipset under 700 series. The latest chipset is name as the new Qualcomm Snapdragon 780G. This new chipset is likely to bring improved processing power, better graphics, an improved AI engine and more features to upcoming smartphones. It is highly expected that Qualcomm could officially launch this upcoming processor in next few days.

Additionally, for Graphic Processing, This Qualcomm Snapdragon 780G comes with Adreno 642 GPU. The Adreno 642 GPU provides True 10-bit HDR gaming, ultra-smooth gaming and other updated GPU drivers to the users. This chipset also adds a triple ISP (Image Signal Processor) called Spectra 570, which is the first ISP under Snapdragon 7-series. Under this technology, a smartphone can shoot photo using three cameras simultaneously. This means that image can be capture using Zoom, Ultra-wide and Wide lens all at once.

Other Features on Snapdragon 780G:

The upcoming Qualcomm Snapdragon 780G chipset packs in 6th Gen AI Engine called the Hexagon 770. The 6th Generation AI Engine along with Qualcomm Hexagon 770 processor delivers upto 12 TOPS AI performance. Therefore, This AI Engine is likely to make smartphone twice as fast as its predecessor. Also, the availability of Snapdragon X53 5G modem-RF System will boost the download speeds upto 3Gbps on sub-6Hz frequencies. Additionally, it will also support Wi-Fi 6E, Bluetooth 5.2 and VR-class low latency. The chipset will come with same audio features like Qualcomm Snapdragon Sound technology, which are already available on flagship Snapdragon 888 chipset. Regarding it’s availability, Qualcomm has confirm that the chipset will be made available on next generation smartphones in the second quarter of the year. As per sources, this chipset will make it’s debut on upcoming Xiaomi Mi 11 Lite 5G. 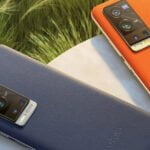 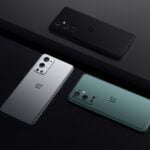