According to a report by SamMobile, Samsung is planning to launch of five new galaxy smartphones soon in the mid-range price segment. The smartphones from Samsung that are likely to launch includes Galaxy F12, Galaxy F62, Galaxy M02 (went live on 2nd February), Galaxy A52, and Galaxy A72. According to leaks, These smartphones have gone live on their respective support pages in different countries.

The Galaxy M02 launched in India on February 2.The smartphone comes with a model number of SM-M022G/DS. According to SamMobile, the Galaxy A52 5G support page is now live in Austria. He also confirms that the Galaxy M02 and the Galaxy A72 are registered respectively on Samsung’s website in Thailand and the Caribbean.

As per leaks, “The availability of Samsung Galaxy F12 and Galaxy F62 will remain exclusive to India only, however, the Galaxy A / Galaxy M-labeled variants with similar specs could land in other markets.” 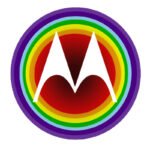