Asus ROG Zephyrus G14 Alan Walker Edition laptop has been officially launched in India. The all-new Asus laptop with gaming functionality gets ROG Remix Sampler. Additionally, this time Asus has collaborated with popular music artist Alan Walker. The popular music artist will help Asus to blend technology and music all together. The latest ROG Zephyrus laptop is powered by an AMD Ryzen 5000 series CPU. This chipset comes in pair with an NVIDIA GeForce RTX 30 series GPU. Moreover, this laptop also gets a QHD display along with high refresh rate. The latest laptop comes with a unique stylish design. It also gets the AniMe Matrix LED array on the lid.

The all-new Asus ROG Zephyrus G14 Alan Walker Special Edition laptop runs on Windows 10 operating system out of the box. The laptop supports a 14-inch QHD IPS display. This display gets a screen resolution of 2560×1440 pixels. Additionally, it also gets a screen refresh rate of 120Hz. Beside this, the display also gets 100 percent DCI-P3 colour, Pantone validation and much more. The laptop also gets support for Adaptive Sync.

As for the onboard hardware, the laptop gets its raw juice from AMD Ryzen R9-5900HS CPU. This chipset comes in pair with Nvidia GeForce RTX 3050 Ti GPU. This GPU gets 4GB of GDDR6 VRAM. The all-new Asus ROG Zephyrus G14 Alan Walker Special Edition features 16GB of DDR4 RAM which is clocked at 3200MHz. Additionally, the Alan Walker Edition laptop also gets a 1TB of M.2 NVMe PCIe 3.0 x 2 SSD storage.

In collaboration with Alan Walker, the Asus ROG Zephyrus G14 series laptop also gets a dedicated sampler called the ROG Remix Sampler. It connects to the laptop with a single USB Type-C port and cable. It also gets touch sensitive controls. Additionally, it can also be used as an external mixer for music. This is because it comes with two low pass buttons, play/pause button. It also gets speed controls, an effect switching button and six separate effect toggles. The special edition laptop also comes with RGB lighting all around.

Beside these audio related features, Asus ROG Zephyrus G14 Alan Walker Special Edition laptop also comes with backlit keyboard. It has a 76Whr battery. According to Asus, this battery can last for up to 10 hours on single charge. It also gets AniMe Matrix lighting. This lighting comes from a matrix panel of LEDs. These LEDs are present on the lid that can show almost anything including the equaliser for users music. The laptop measures 324x222x19.9mm and weighs 1.7kg. Also Read: New iPhone SE 3 leak confirms the phone to release in first half of 2022 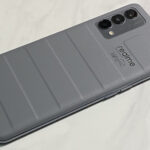 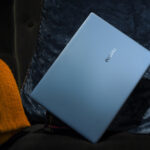