Furthermore, the display details of the upcoming Redmi Note 11S smartphone has been revealed by the noted tipster Mukul Sharma aka @stufflistings. According to his leaks, the Redmi Note 11S could sport an AMOLED display. To his tweet, Redmi India replied by saying, “We set high standards with Redmi Note launches in 2021. Why will 2022 be any different?”.

Based on this reply, it is highly speculated that the Chinese smartphone makers are planning to bring an AMOLED panel in the upcoming Redmi handset. Although, the company is yet to provide any official specifications about the Redmi Note 11S smartphone. Furthermore, the alleged renders of the Redmi Note 11S have already leaked online.

Regarding its key highlighting features, the Redmi Note 11S comes with a 90Hz AMOLED display along with quad-rear camera setup. An octa-core MediaTek Helio G96 SoC powers this handset. The chipset is paired with up to 128GB of onboard storage. As mentioned above, the Redmi Note 11S release in India is set for February 9. This Redmi smartphone will launch along with Smart Band Pro.

Last week, Redmi India goes official on their Twitter account. In this tweet, Redmi India announced the official release date of Redmi Note 11S and the Redmi Smart Band Pro in India. Furthermore, Xiaomi has also created a dedicated webpage for the key features of the fitness band ahead of its official arrival.

📢 PSA: All reasons to put off fitness are hereby officially Ban(ne)d. 🚫

The all-new Redmi Smart Band Pro includes a 1.47-inch AMOLED touch display. The display gets a resolution of 194×368 pixels along with 282ppi pixel density. Furthermore, the fitness band also gets a six-axis sensor that comprises of an accelerometer and a gyroscope. This is used for fitness tracking. There also exist a PPG sensor. This sensor is useful for heart rate tracking. Furthermore, the Redmi Smart Band Pro also gets a light sensor. 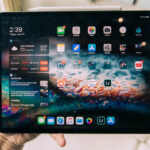