Vivo X Note specifications have been leaked online by multiple leakers. According to reports, the Chinese smartphone brand plans to ditch its Vivo NEX series, and the existing X lineup could replace the Vivo NEX series. Recently a new X Series phone appears on the official Vivo China website. This phone appears with the name Vivo X Note. As for the specifications, the Vivo Note smartphone appears with a 7-inch Samsung E5 AMOLED display with a QHD+ screen resolution.

According to this listing, it was confirmed that the Vivo smartphone is likely to feature a Qualcomm Snapdragon 8 Gen 1 processor. The display on the Vivo phone appears to be curved on both sides with bare minimal bezels on the top and bottom chin. The Vivo device will get a two-toned rear camera design which reminds us of the recently launched OnePlus 10 Pro.

Furthermore, the Vivo mobile phone will likely come with a 2K+ E5 AMOLED display, a quad rear camera unit, and a 5000mAh battery. The upcoming smartphone will also come with a large 3D ultrasonic fingerprint sensor, and a similar fingerprint sensor is also present on the iQOO 8 Pro. Moreover, it has also been rumored that this smartphone could launch as the Vivo X Note.

This upcoming X Note could launch later this month. WHYLAB tipster also reveals that the model V2170A was earlier planned to launch as the Vivo NEX 5. But now, the smartphone will launch with a different name under the X series.

Since the Vivo X note goes official as the flagship smartphone from the brand, we can expect the price of this Vivo mobile phone to be on the higher side. The all-new X Note comes in three variants with up to 12GB RAM and up to 512GB onboard storage. Here, the base variant of the Vivo X Note comes with a price tag of CNY 5999, roughly USD 942 / Rs. 71450 featuring 8GB RAM and 256GB onboard storage.

The latest flagship smartphone under the Vivo Note series comes with a huge 7-inch 2K+ Samsung E5 AMOLED display. Moreover, this display comes with a 21:10 aspect ratio and a 120Hz LTPO adaptive refresh rate. As mentioned above, it will also get slightly curved edges on each side. For device security, it also gets an in-display fingerprint sensor.

Another tipster, Panda is Bald, suggests that the Vivo X Note measure 168x76x9.2mm and weighs about 221 grams. Under the hood, the Vivo X Note, the flagship device, will feature this year’s latest flagship Snapdragon 8 Gen 1 processor. This chipset will come with Vivo’s self-developed V1 chip. With this Vivo V1 chip, the smartphone gets support for HDR effects and MEMC. Moreover, the Vivo mobile device will come with up to 12GB RAM and up to 512GB of internal storage.

The latest Vivo X Note will be a dual-SIM smartphone that runs on the Android 12 with OriginOS Ocean. The phone’s motherboard adopts an integrated arch bridge structure, according to the company. The Vivo X Note is just 8.37mm thick with such a structure. Moreover, the center of gravity shift design makes the phone feel lighter in hand.

This 7-inch Vivo phone packs in a 5000mAh battery and an 80W fast charging support. Additionally, this Vivo phone also gets support for 50W wireless charging. The Chinese smartphone makers claim that this charging setup can charge up to 50% in just 12 minutes, and the complete battery on Vivo X Note can charge in just 32 minutes.

This Vivo X series smartphone also allows reverse wireless charging, according to Vivo. The grey and blue color variants will also have a leatherback, whereas the black will have an AG glass back panel.  Furthermore, the dual stereo speakers mobile phones from Vivo will also be another highlighting feature.

The Vivo X Note phone comes with a quad rear camera unit and a 50MP Samsung S5KGN1 primary sensor in terms of camera optics. It is the same sensor present on the Vivo X70+ and the Google Pixel 6 Pro. The secondary camera could feature a 48MP Sony IMX598 ultra-wide sensor, and a 12MP Sony IMX663 telephoto sensor will accompany it. At the same time, the fourth camera sensor will be an 8MP OV08A10 periscope sensor with Optical Image Stabilization (OIS) and a 5x zoom.

This Vivo smartphone also gets support for 60x superzoom. There is Zeiss T* lens, Zeiss natural color, and Zeiss lens package. The Vivo X Note also comes with a 16MP front camera with an f/2.45 aperture for selfies and video calls.

Is the 7-inch display that big?

The 7-inch display on the Vivo X Note appears like the 7-inch Android tablet display. However, thanks to its thin bezels around the display. This 7-inch Vivo Note offers a comfortable in-hand feel. Moreover, the customers who love mobile gaming and consume content on the go might prefer the massive display device.

As of now, Vivo has not revealed the official launch date of the X Note. But rumors do suggest that the device could launch later this month. Based on the past track record of the Vivo NEX devices. Meanwhile, it seems unlikely that the upcoming Note phone will ever make its way out to the international markets. 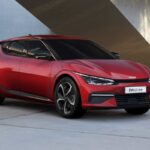 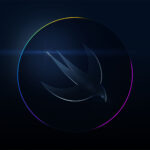