Realme goes official with the new timeline for the rollout of Realme UI 3.0 software update which is based on Android 12 OS. The Chinese smartphone brand has published this new timeline on Realme’s official blog. According to this new software, the latest Realme UI 3.0 will be pushed on devices such as Realme 8, the Realme GT Master Edition, Realme X50 Pro 5G, and Realme 7 Pro. The latest update will bring more customization options, enhanced security and safety features. To recall, the Realme UI 3.0 software will succeed the current gen Realme UI 2.0 software. According to Chinese brand, the latest Realme UI update will also bring smoother experience to the users.

Back in October, the Chinese smartphone brand unveiled the Realme UI 3.0, the latest version of custom Android skin for mobile phone. Furthermore, this custom skin was showcased alongside the Realme GT Neo2 smartphone. Moreover, rhe latest Realme UI 3.0 update brings a list of new features which are based on Google’s stock version of Android 12.

At the launch event, Realme claims that the new software version is targeted towards the youth. The latest update will also bring “Seamless Fun” design. Furthermore, it will bring upgrades in fluidity, functionality, privacy and customization. Moreover, the all-new Realme UI and its features are much similar to Samsung’s One UI software. Let’s take a look at the new Realme UI 3.0 software updates and its new features:

The new design will also reduce the information density and increase white space. Thus, offering a more spacious design. In the latest Realme UI, this update will bring a wide range of colours. Moreover, Realme has also enhanced the title size, text contrast and symbols throughout the latest Realme UI 3.0.

The Chinese smartphone maker claims that the newer software will offer more personalization options. Here, Realme users can also customize icons, backgrounds, fonts and other UI elements. Furthermore, the Android 12 based Realme UI 3.0 update offers Global Color Theme. This Global Color Theme is a customization feature which is based on Android 12 Material You Design. Using this customization feature, Realme users can also select their favorite colour which will be used throughout the user interface.

Enhanced Always on Display is another feature in the list of new Realme UI update. In this update, the users have ability to upload their photos. These photos can also be converted into silhouette-like design. Later, these designs can appear on the screen during Always on Display mode. Moreover, users can also add Realme Omoji directly to AOD. These Omojis may also include food, ghosts, and other objects.

In the latest Realme UI 3.0 update, the tech giant has also improved it’s AI Smooth Engine. It uses software-based algorithm to enhance UI smoothness. Thus, allowing reduction in power consumption. According to Chinese smartphone makers, the new AI Smooth Engine will also decrease the memory consumption by 30%. Moreover, it will improve the app launch speed by 13%.

The new Realme update will also bring the Floating Windows 2.0. This will also improve multitasking ability. Thus, allowing users to control the floating windows as per their requirements.

Privacy is one of the major factors in any UI. This time has tech giant added a new privacy feature in the Realme UI update. The latest privacy feature comes with the name of Private Pic Share. Furthermore, this feature will allow users to hide the EXIF information of any image from other users.

The EXIF information include details such as camera model, time stamp, location data and much more. Besides this feature, the Chinese smartphone makers has also added more limitations to app permission with Android 12 based latest Realme UI 3.0 software update.

Also Read – Twitter Spaces will launch next month for all the users, to get ability to create rooms

Beside this list, Realme has also announced that the Realme UI update on above mentioned models will be released in batches. The updates will be released within the given months and not at the beginning of the month. However, over time, the stable version will be given out to all users. New devices will be added soon, and a full roadmap for Q2 will be announced later. 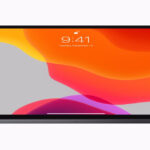 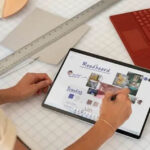